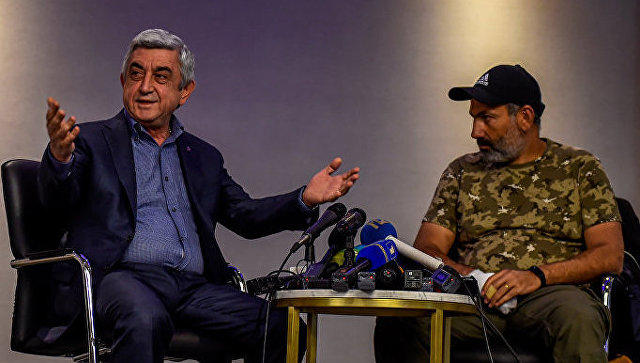 Serzh Sargsyan never communicated with Nicole Pashinyan under any pretext.

Axar.az reports this was stated by the office of the third Armenian president Serzh Sargsyan.

It was noted that from time to time some media outlets spread misleading and misleading information about contacts between Serge Sargsyan and Nicol Pashinyan at certain times:

"Serzh Sargsyan officially declares no direct or indirect contact with the aforementioned person during his resignation, resignation or any other period."

It was reported that the only exception was a meeting lasting April 22 last year between Sargsyan and Pashinyan. At the meeting, the mass protests in memory of Sarkisyan's overthrow were discussed.

Serzh Sargsyan resigned the day after the meeting, on April 23, in the face of protests against his election as prime minister. In a special address, Sargsyan acknowledged that there were several ways out of the situation and that the only way out was to resign.