In Georgia, protesters fought with police 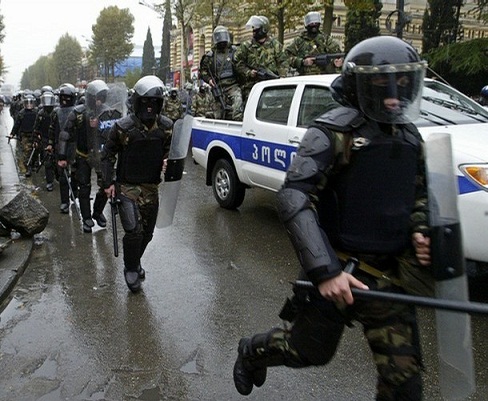 The brawl took place at the government building, where activists tried to hang a symbolic castle.

Axar.az reports citing IPN that protesters in Tbilisi symbolically hung a castle on a fence near the Georgian government building. At first, they tried to lock the main entrance, but the police did not allow them to the place. On Thursday, November 21.

It is noted that attempts to hang the lock on the gate led to a brawl between law enforcement officers and protesters.

Meanwhile, in a Tbilisi city court at night they sentenced 12 opposition activists detained on November 18 during the dispersal of a protest rally by the Georgian parliament.

Ten people were sentenced to administrative arrest, including eight public activists and two members of the opposition United National Movement. Two more activists received an oral warning and a fine. The judge adjourned the cases of another 25 detainees.