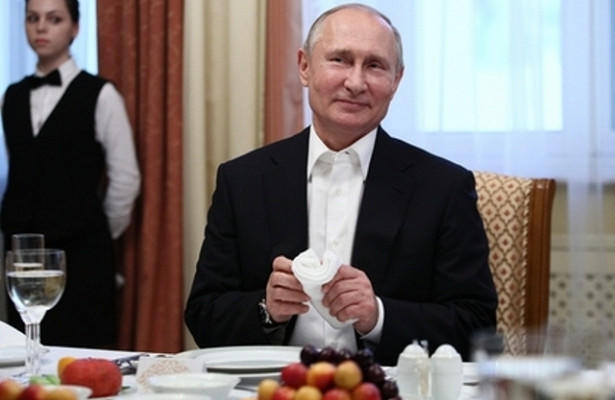 "Yes, he is planning that," the Kremlin spokesman said when asked if the Russian leader had plans to hold such a meeting in late December.

Putin regularly meets with representatives of business communities. On December 26, 2018, at least 59 business people, CEOs of private and state-run companies, banks, public organizations and business associations gathered in the Kremlin for a meeting with the president.

At that meeting, Putin suggested that the participants should not just summarize results of the outgoing year, but should also focus on the issues crucial for the state and business. The president, in particular, urged big business to take an active part in the implementation of national projects, and in addition, he put forward concrete proposals for a number of companies. Apart from that, Putin listed the environmental well-being of citizens as one of the top priorities and raised an issue of industry transition to the most advanced technology, which could be available.

Apart from these discussions, Putin holds meetings with Russian and foreign business people, as a rule, at economic forums, at business associations’ conferences and during foreign leaders’ visits to Russia.