The SARS-like virus spreads in China, another country
﻿

US is ready to lift Iran sanctions 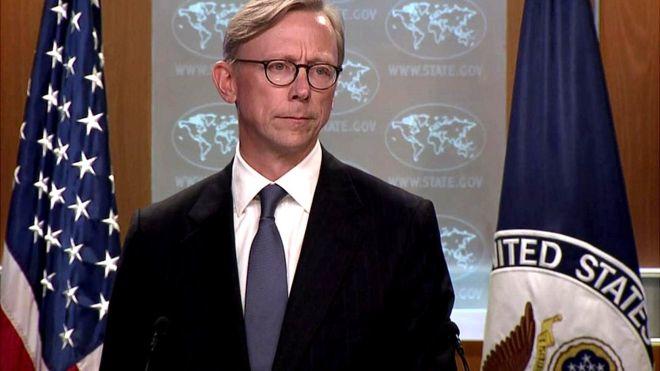 The US special envoy on Iran affairs, Brian Hook, says the United States is ready to lift sanctions on Iran and restore diplomatic relations if the country stops what he calls “its hostilities”.

Axar.az reports citing IFP News that in Hook said that the United States is ready “to lift sanctions on Iran and restore diplomatic relations if it stops its hostilities.”

“Sanctions against Iran are not to punish it but to ensure American national security,” he claimed.

“Although the Iranian leader, [Ayatollah] Ali Khamenei, has chosen an economic meltdown over dialogue with us, it is possible to reach a better agreement with Tehran,” Hook added.

In May 2018, US President Donald Trump unilaterally pulled his country out of the international deal, in defiance of global criticism, and later re-imposed the sanctions that had been lifted against Tehran as part of the agreement.