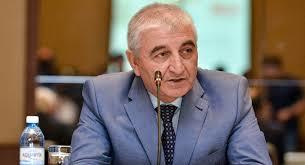 As many as 2,431 people have applied for participation in the early parliamentary elections scheduled for February 9 in Azerbaijan, said Chairman of the Central Election Commission (CEC) Mazahir Panahov.

Panahov said during the CEC meeting that nominations of 2,358 were approved.

"Around 2,247 people obtained signature lists and 1,774 of them have returned the lists. About 1,560 people have already been registered,” Panahov said.

Early parliamentary elections will be held in Azerbaijan on Feb. 9.