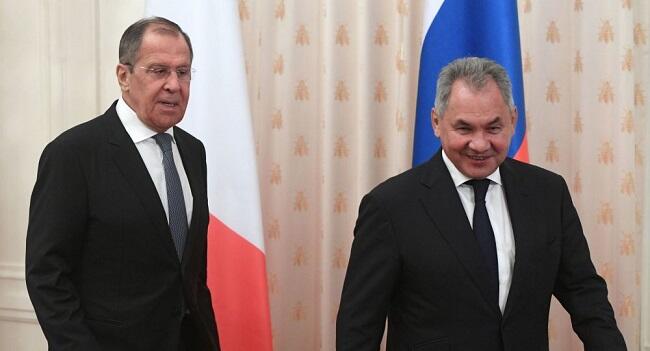 Speaking to the Italian newspaper La Stampa on Monday, Russian Foreign Minister Sergei Lavrov said that he regarded the upcoming meeting in the 2+2 format as a good opportunity to assess the issues of arms control and strategic stability as well as the situation in Libya and Syria in order to take coordinated measures.

Axar.az reports citing foreign media that the fourth ministerial meeting in the 2+2 format between Russia and Italy, the first in seven years, is getting underway in Rome Tuesday, with Russian Foreign Minister Sergei Lavrov and Defence Minister Sergei Shoigu meeting their respective Italian counterparts, Luigi Di Maio and Lorenzo Guerini, to discuss a range of pressing bilateral and regional issues.

A number of key bilateral and global issues will be on the agenda for the ministers, including arms control, security in Europe, regional crises, as well as military and technical cooperation.