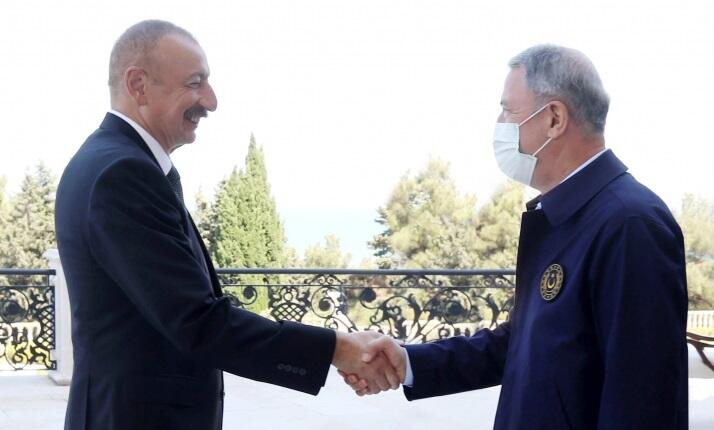 Azerbaijan is our brother, we are two separate children of one mother. Here we really feel at home.

Axar.az reports that, the statement came from Turkish Minister of National Defense Hulusi Akar during a meeting with Azerbaijani President Ilham Aliyev on August 13.

"Cooperation between the Turkish Armed Forces and the Azerbaijani Armed Forces has always existed, not today. As relations with the Republic of Turkey developed as the first country to recognize Azerbaijan's independence in 1991, relations between our armies, as is well known, began to develop. Thus, we have military framework agreements, agreements on cooperation in the field of military education, cooperation in the field of defense industry. In general, as a logical consequence of this, we have an agreement signed in 2010. Thus, within the framework of these agreements, it is a very natural activity for us to come here, to go, to be together, to eat and drink, to be equal in training. We have done everything necessary for the sovereignty, independence and security of our countries and will continue to do so."