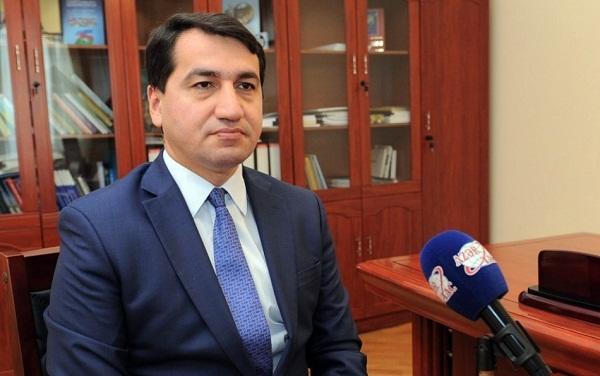 I would not like to say anything about the nonsensical views of the Prime Minister of Armenia Nikol Pashinyan on Karabakh on the show "Hard Talk". Everyone on the show was insight. We have witnessed fair journalism here.

Axar.az reports citing Teleqraf that an aide to the President of the Republic of Azerbaijan - Head of the Foreign Policy Department of the Presidential Administration Hikmet Hajiyev stated this.

He said that the questions asked to Nikol Pashinyan on "Hard Talk" that he considered fair, just and very professional :

"There is a saying in Western journalism: 'There are no wrong questions, there are wrong answers.' The main point is that the international community sees the occupation of Armenia."

One of the questions that caught our attention as a spectator there was whether Armenia is ready to apologize to the Azerbaijani people and when. Pashinyan was also required to answer "yes" or "no." Apparently, the Armenian leadership again tried to evade the responsibility of his country."