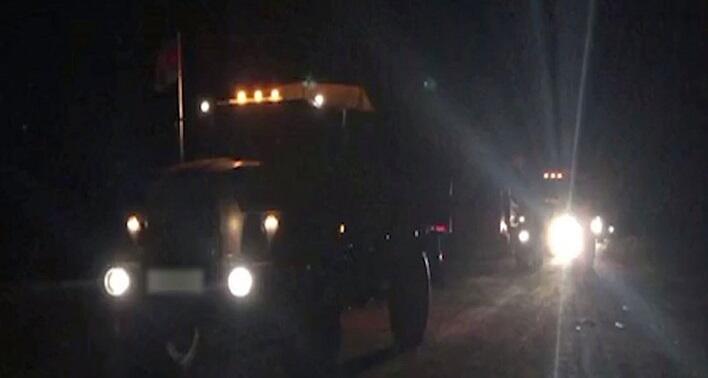 Lachin is the last of three districts - after Aghdam and Kalbajar - that Armenia is surrendering to Azerbaijan under a Russian-brokered peace deal that ended weeks of heavy fighting over Nagorno-Karabakh.

Axar.az reports this was stated in an article by AFP News.

Prodding her cows forward with a long stick, Asya Petrosyan drives the herd along the snow-covered Lachin corridor, the last road out of Nagorno-Karabakh to Armenia.

With Azerbaijani forces preparing to take back this district on Tuesday, the 67-year-old is rushing to bring 30 animals more than 55 kilometres (35 miles) to the town of Goris across the border in Armenia.

"We used to live here but it is being returned to (the Azerbaijanis) so we are leaving," says Petrosyan, wrapped in a fluorescent green down jacket against the cold.

The agreement, signed on November 9, sees Armenia handing back seven districts that it seized around Karabakh when the separatist region broke away from Azerbaijan's control during a war in the early 1990s.

Lachin runs from north to south along the eastern border of Armenia down to Iran and will be under Azerbaijani control except for a few areas bordering the corridor.

Here residents wasted no time in leaving. The few dozen houses scattered around the village have already been abandoned, partly destroyed or burnt down.

On Sunday, a thin plume of smoke was still escaping from a building with blackened walls.

Along the edge of a small road leading to the village, men use chainsaws to harvest snow-covered logs and load them into a dozen vans and large trucks.

In the centre of town, at an intersection with the strategic road that goes to Karabakh's main city Stepanakert, Russian peacekeepers are stationed with two light armoured vehicles.

Moscow has deployed some 2,000 soldiers between the two sides including at checkpoints along the five-kilometre-wide (three-mile-wide) Lachin corridor.