Critical meeting between Ankara and Athens has ended 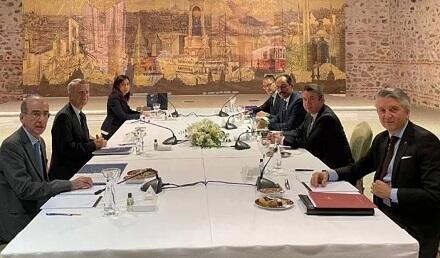 The first meeting of the 61st round of research talks between Turkey and Greece was held in Istanbul on January 25.

Axar.az reports that the talks took place at the Turkish Foreign Ministry's office in Istanbul after a five-year break.