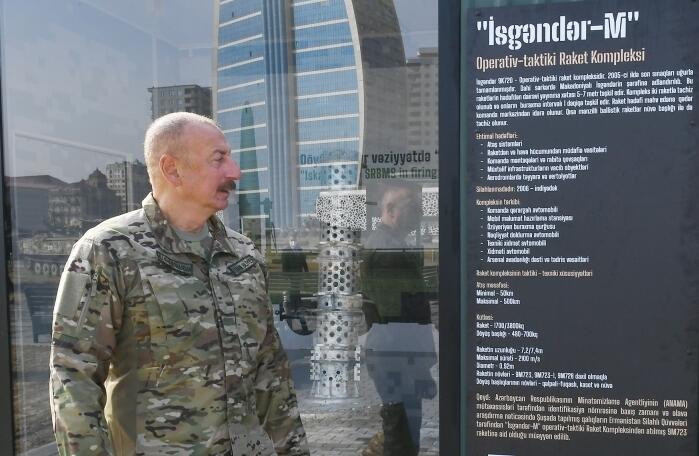 Shusha was fired upon by Armenians with these "Iskander-M" missiles. How did the Armenian army own these missiles? These missiles should not have been. This is already visual evidence. It is evidence of Armenia's war crime and we want an answer. How did this deadly weapon fall into the hands of Armenia? We have not received an answer yet. But we will get. Let everyone come and see.

Axar.az reports that the statement came from the President of Azerbaijan Ilham Aliyev while attending the opening of the Military Loot Park in Baku on April 12.

"Armenia was trying to destroy Shusha, our ancient city, with Iskander-M missiles. They used it after we liberated Shusha. We have enough information. We are just waiting for an official statement," the President said.