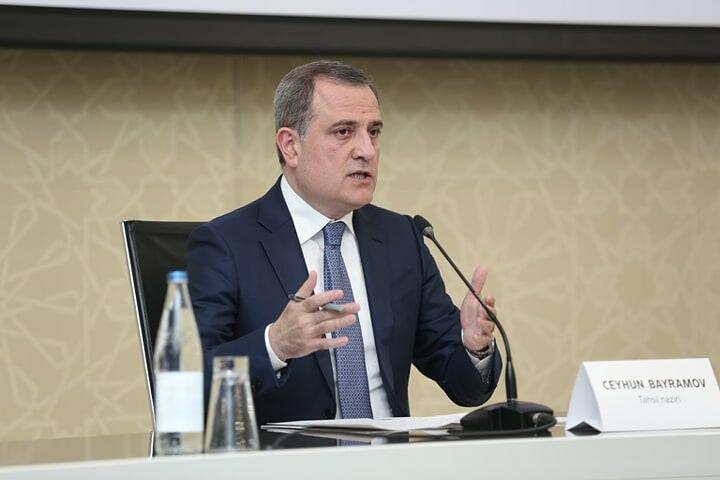 Unfortunately, we still face the destructive attitude of Armenia. These include destabilizing steps and statements that undermine the prospects for peace and security in the region.

Axar.az reports that these views were expressed in an article by Azerbaijani Foreign Minister Jeyhun Bayramov on TRT Deutsch about the realities in the region after the conflict.

After the signing of the first tripartite statement (November 10, 2020), sabotage groups were sent to Azerbaijan and committed terrorist acts against Azerbaijan, in exchange for the release of these groups as "prisoners of war", as well as Azerbaijan's disregard for mines. threatens the implementation of the tripartite statement. "This position also casts serious doubt on Armenia's sincerity in normalizing relations with Azerbaijan on the basis of mutual recognition and respect for sovereignty, territorial integrity and inviolability of international borders," he said.

At the same time, the Foreign Minister stressed that the Azerbaijani side strongly believes that the international community, led by the UN, should play an important role in the implementation of trilateral agreements aimed at restoring good neighborly relations in the region.

"A peaceful, prosperous and stable future can be achieved only through joint determination, respect for the sovereignty and territorial integrity of states and full compliance with international obligations on the inviolability of internationally recognized borders. The sooner Armenia realizes this, the sooner it will benefit from lasting peace and development in the region."