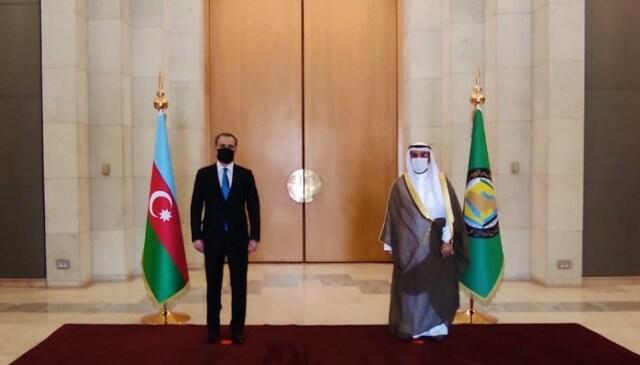 On June 23, 2021, in the framework of his official visit to the Kingdom of Saudi Arabia Minister of Foreign Affairs of the Republic of Azerbaijan Jeyhun Bayramov met with Nayef Falah Mubarak Al-Hajraf Secretary-General of the Cooperation Council for the Arab States of the Gulf (GCC)

Axar.az reports this was stated by the Foreign Affairs Ministry of Azerbaijan.

During the meeting, the sides exchanged views on the current situation in the region, the implementation of trilateral statements, as well as the recent escalations on the border.