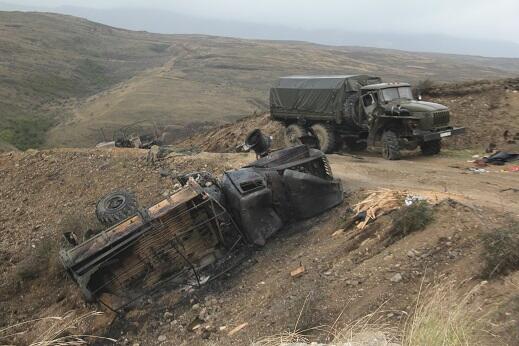 At the beginning of the war, nobody could expect the total outcomes of the military struggle gathering the Azeri and Armenian warriors.

Axar.az reports that Moroccan professor of international relations Issam Laaroussi stated these regarding the first anniversary of the 44-day war.

According to him, based on the fact that the current regional wars remain a long time, however, the military main goal seems not achievable "Endless Wars" the Azerbaijan and Armenian war is an exception for those factors:

"First: the Azeri military willingness. The Azerbaijan forces have shown a great readiness to concretize a big victory on Land. The military was motivated to liberate territorial integrity and liberate Shusha.

Secondly: The Azeri population rights have been reaching out. The force of deterrence with the military offensive strategy has focused on the national cause as the main motivation avoiding the military to turn back to souffrance and the painful moments of history.

This war is a historical event that demonstrate the national spirit coherence to put an end to this crisis".