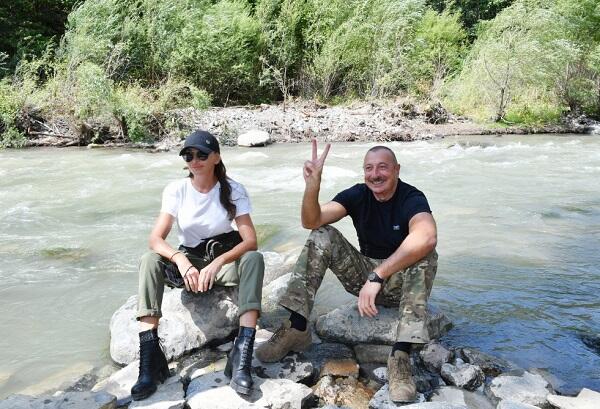 As we informed before, Azerbaijani President Ilham Aliyev gave an interview to Anadolu Agency last day.

Axar.az reports that in an interview, the President answered a journalist's question about the footage taken by First Lady Mehriban Aliyeva during a visit to the liberated areas.

The President said to put it simply, during the first trip to Shusha, we left Baku in the morning because the journey was quite long at that time:

"You know, it happened by itself, in a natural way. We didn't plan this. We got from Fuzuli to Shusha along Victory Road in about three hours, and the roads were covered with snow and ice. Therefore, we left early in the morning, it was still dark, and as dawn broke, beautiful sights opened up. Mehriban Aliyeva started recording it with her phone, and she filmed me too. I said that we were headed for Shusha, and this is how it began. Before that, of course, there were Aghdam and other districts. This is a special initiative because my travels are usually covered by official staff. There are usually official meetings, speeches, ceremonies and more. But this was a new approach, and I know that many people liked it. We liked it too."