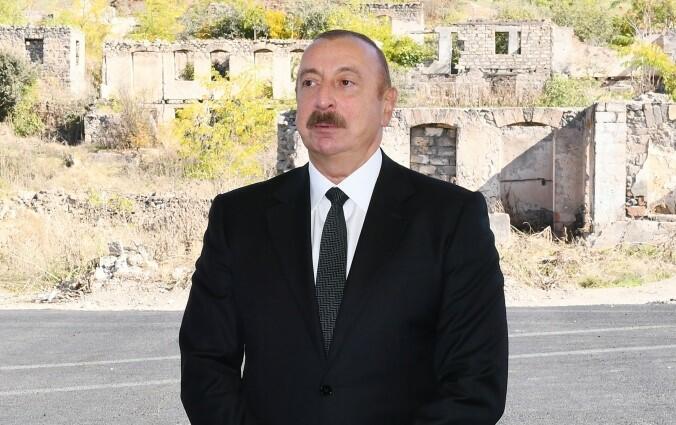 The greatest reward for me is that you are here, the joy and pride in the eyes of former IDPs.

Axar.az reports that the statement came from President, Supreme Commander-in-Chief Muzaffar Ilham Aliyev at a meeting with representatives of the Gubadli region community.

"This is the biggest reward for me. I said, I have met with IDPs many times. Now imagine, more than 100 settlements have been built, not a house, but a settlement for IDPs. I have been to every opening, every opening. Meetings with IDPs. At that time, - I have already said it once, I want to say it again, - I saw that hopes are diminishing, hopes are running out. This is natural, because almost 30 years have passed and the issue is not resolved. Everyone already understood that Armenia He does not want to resolve this issue through negotiations. It made me very upset, very sad. Those meetings strengthened my conviction that we must return to our land at any cost. There are no more views, no more sad moments, no more memories. The former IDPs are already living with hope and pride. This is the greatest reward for me, and the biggest task from now on is to rebuild and restore these lands," Ilham Aliyev said.