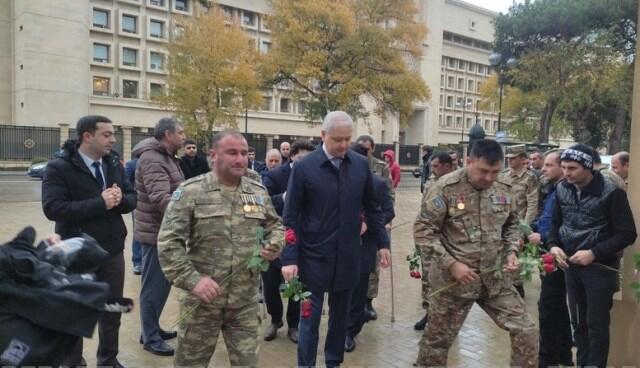 A Victory Rally is being held in Baku with the participation of veterans of the Great Patriotic War.

Axar.az reports that Deputy Minister Hidayat Abdullayev, Chairman of the Social Services Agency Vugar Behbudov and members of the public are taking part in the rally organized by the Ministry of Labor and Social Protection of Population.

Participants of the event first visited the tomb of national leader Heydar Aliyev in the Alley of Honors and the tomb of prominent ophthalmologist, academician Zarifa Aliyeva.

Then a parade was held to the Second Alley of Martyrs and the graves of our heroes who rose to the peak of martyrdom in the Great Patriotic War were visited.

Veterans of the patriotic struggle were provided with cars by the ministry during the victory rally.

The rally will end in front of the Heydar Aliyev Center.