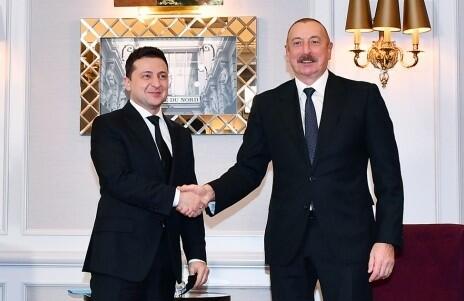 Establishing bilateral relations, including in Ukraine and Azerbaijan, is a sovereign right of both countries.

"Establishing bilateral relations is a sovereign right of every state. It is important that these contacts and contacts are not directed against third countries. We take this principled position in building relations with other countries, and we expect a similar approach from our partners," Zakharova said.

According to him, Ilham Aliyev's visit to Kyiv was discussed during a telephone conversation between the leaders of Russia and Azerbaijan on January 18 at the initiative of Baku.