Bayramov met with his Serbian counterpart 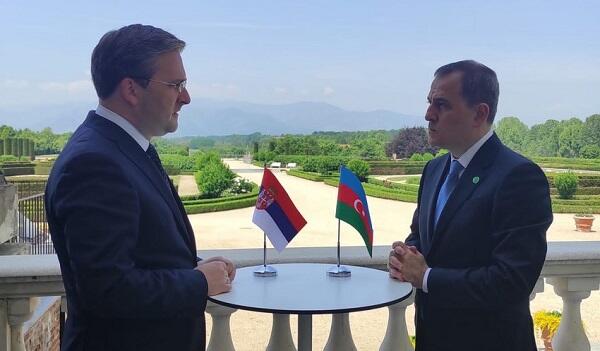 Axar.az informs that this was reported by the Azerbaijani Foreign Ministry.

During the meeting, they expressed satisfaction with the current state of strategic partnership between Azerbaijan and Serbia. The ministers discussed economic, trade, political, humanitarian and other issues of bilateral cooperation. They noted the prospects for development in these areas.