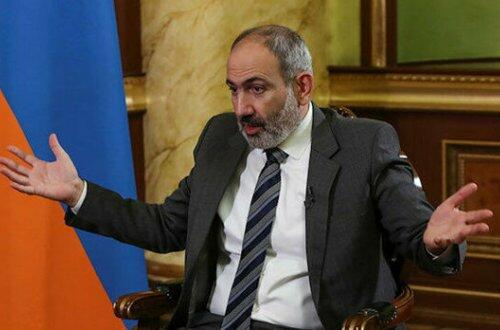 Azerbaijan's rhetoric remains problematic. Baku responds to all constructive positions of Armenia with an aggressive statement.

Axar.az reports that Armenian Prime Minister Nikol Pashinyan made such a statement at a press conference today in response to accusations that Yerevan did not respond to Baku's call for peace talks.

Pashinyan said that the trilateral statement imposes a legal obligation on Azerbaijan and Armenia to open communications. For its part, Armenia has stated that it is interested in opening communications:

"I said in Brussels, including at a meeting of the Armenian government, that I was ready to build a railway, but Baku refused. There was the issue of ratification of agreements on paper. The Armenian side said it was ready to sign, but Azerbaijan refused.

Pashinyan said that Baku demands that the road to Nakhchivan have the same status as the Lachin corridor, which is unacceptable.

It should be noted that the road to Nakhchivan has the same status as the Lachin road, as stated in the November 10, 2020 statement. Pashinyan also avoids implementing this clause.