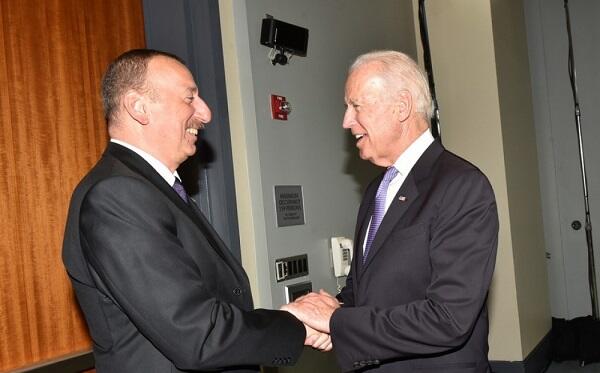 President of Azerbaijan Ilham Aliyev sent a congratulatory letter to the President of the United States of America, Joe Biden.

On the occasion of July 4 - Independence Day, I convey my most sincere congratulations and good wishes to you and the friendly American people on your personal and on behalf of the people of Azerbaijan.

The Republic of Azerbaijan and the United States of America have been united by friendship and partnership relations for 30 years. We highly appreciate the support of the United States for the independence, sovereignty, and territorial integrity of our country from the first day.

Mutually beneficial cooperation between our countries continues successfully at the bilateral and multilateral levels. Our long-standing joint activity in ensuring international security and fighting terrorism is a source of satisfaction. The close cooperation of our countries in matters of energy security, the close participation, and the comprehensive support of the United States in the large-scale transnational projects we implement are the main factors of our success.

Today, our cooperation between Azerbaijan and the United States, which has risen to the level of strategic partnership in a number of important fields, has created conditions for the expansion of our political relations. The cooperation of our countries in the fight against energy, security, and terrorism is exemplary.

We believe that the United States can play an important role in normalizing Armenian-Azerbaijani relations, opening communications, and establishing people-to-people contacts at a time when favorable conditions are being formed for the establishment of sustainable peace and economic progress in the South Caucasus. At the same time, we are of the opinion that the United States can make a valuable contribution to the process of preparing a peace treaty between Armenia and Azerbaijan based on the five principles presented by us.

Mines buried by Armenia in our territories freed from occupation remain the biggest obstacle to our recovery and reconstruction work. We appreciate the assistance provided by the United States to our country in demining. We have high hopes for your country's support in clarifying the fate of nearly 4,000 compatriots who disappeared during the Armenian-Azerbaijani conflict.

I am sure that the friendly and mutually beneficial cooperation relations connecting Azerbaijan and the United States will continue and expand successfully with our joint efforts in accordance with the interests of our peoples.