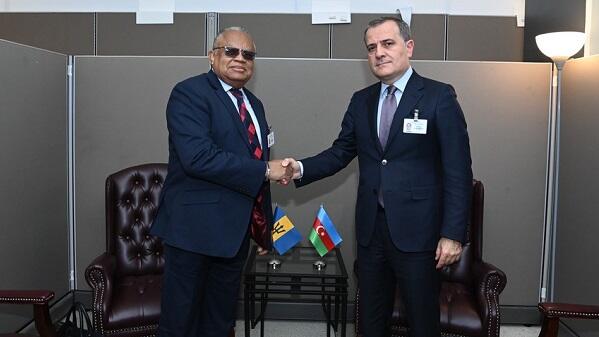 During the meetings, the sides exchanged views on activities and cooperation within the framework of the Non-Aligned Movement and other international platforms.

Minister Jeyhun Bayramov expressed gratitude for the support shown by the mentioned countries to the territorial integrity and sovereignty of Azerbaijan, as well as to the initiatives of our country during the period of our chairmanship in the framework of the Non-Aligned Movement, and informed his colleagues about future plans in this context.

They expressed their intention to expand cooperation with Azerbaijan both within the framework of the Non-Aligned Movement and on a bilateral basis.

The minister informed his colleagues about the work done by our country in the post-conflict period after the 44-day Patriotic War. It was emphasized that Armenia's latest provocations against Azerbaijan are aimed at hindering the peace agenda and slowing down the processes.