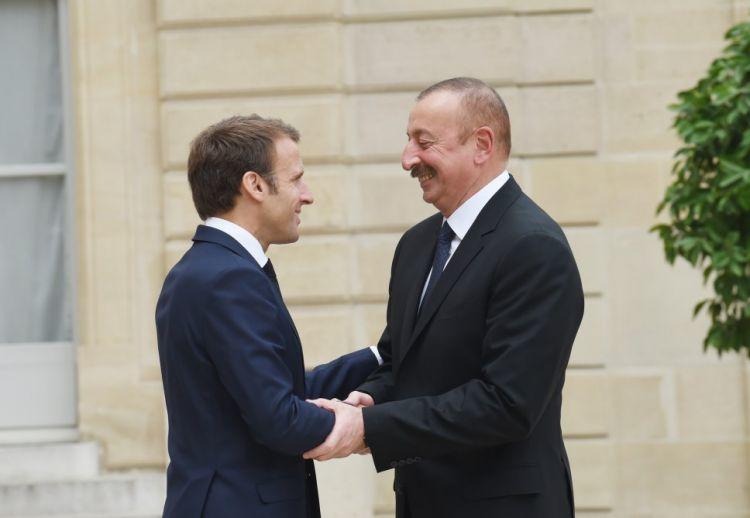 Axar.az reports that the Press Service of the President of Azerbaijan has released information about this.

The President of France informed the head of state about the meeting he had with the Prime Minister of Armenia Nikol Pashinyan on September 26.

President Ilham Aliyev thanked for the information. During the conversation, a discussion was held about the clashes that took place on the Azerbaijan-Armenia border. The presidents talked about the soon start of peace talks between Azerbaijan and Armenia.