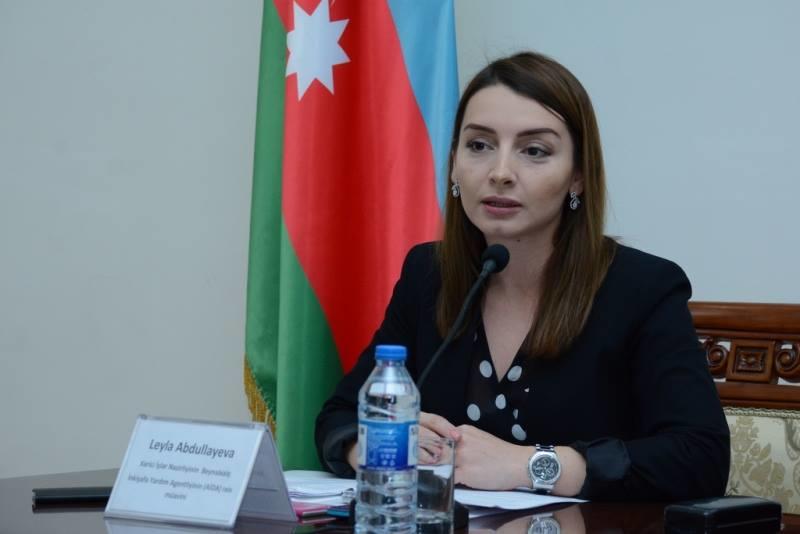 On October 5, answering the question of the pro-Armenian member of the French National Assembly regarding the accusations against Azerbaijan and providing more support to Armenia, the Minister of Europe and Foreign Affairs of France, Catherine Colonna, voiced her solidarity with the Armenian people and made completely groundless calls regarding Azerbaijan.

AXar.az reports that Leyla Abdullayeva, the head of the press service department of the Ministry of Foreign Affairs of Azerbaijan, said this while commenting on what the French foreign minister said while answering the question of the member of the National Assembly of the country.