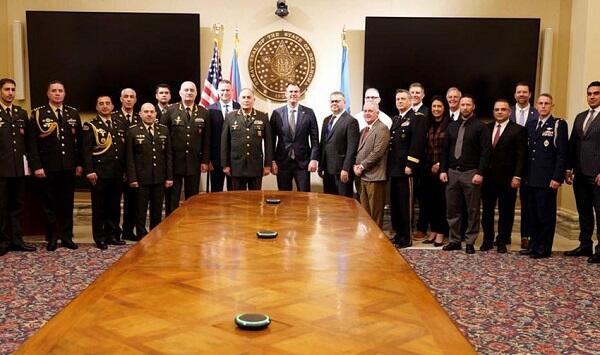 First Deputy Minister of Defense - Chief of General Staff of the Azerbaijan Army, Colonel-General Karim Valiyev, who is on a visit to the United States of America, met with the Governor of the State of Oklahoma, Kevin Stitt, and the Chief of the National Guard, Brigadier General Thomas Mancino.

Colonel-General K. Valiyev evaluated K. Stitt's visit to the liberated regions during his stay in our country in 2021 as a clear example of the high level of our relations.

Speaking about the participation of the military personnel of the Azerbaijani Army in international peacekeeping operations, Colonel-General K. Valiyev noted that Azerbaijan is one of the last partner countries to withdraw its peacekeepers from Afghanistan, fulfilling the duties and responsibilities it has assumed.