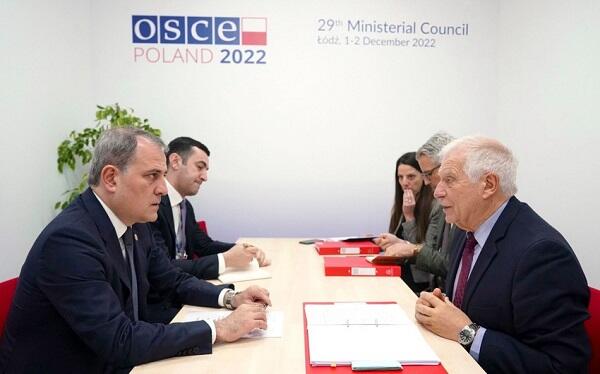 The Minister of Foreign Affairs of the Republic of Azerbaijan Jeyhun Bayramov attended the 29th meeting of the Council of Foreign Ministers of the Organization for Security and Cooperation in Europe (OSCE) held in Lodz, Poland met with the High Representative of the European Union (EU) for Foreign Relations and Security Policy/Vice President of the EU Commission Joseph Borrell.

During the meeting, issues of cooperation between Azerbaijan and the European Union in various fields, future prospects of relations, as well as the implementation of agreements reached in the field of energy were discussed.

Efforts to advance the normalization process between Azerbaijan and Armenia and the role of the European Union were exchanged.