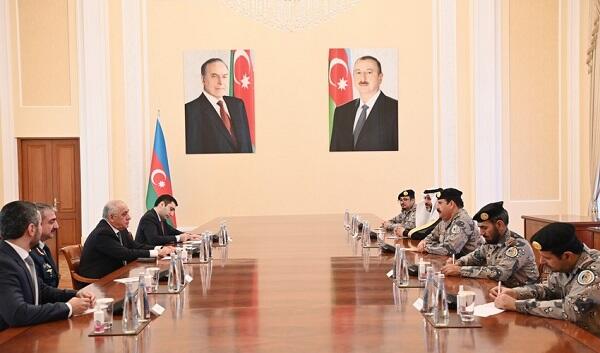 On January 23, Prime Minister of the Republic of Azerbaijan Ali Asadov met with the Director General of the Border Guard of the Ministry of Interior of the Kingdom of Saudi Arabia Mohammad bin Abdullah Hamdan Al-Shahri.

Axar.az was informed about this by the Press Service of the Cabinet of Ministers.

At the meeting, it was emphasized that friendly and brotherly relations between Azerbaijan and Saudi Arabia are developing successfully in all fields.

Detailed information was provided on the reforms and achievements made in the direction of strengthening border security in our country.