The Tashkent Communiqué was adopted 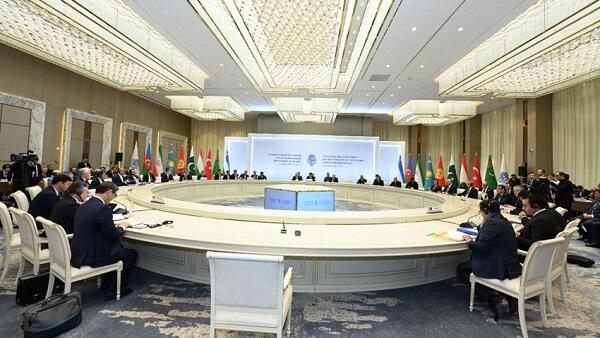 At the 26th meeting of the Council of Ministers of the Economic Cooperation Organization (OEC) held in Tashkent, the capital of Uzbekistan, the Tashkent Communiqué was adopted, the regulation of Azerbaijan-Armenia relations was supported, and the work done by Azerbaijan on the Zangezur Corridor was welcomed.

Axar.az reports that this was reported by the Ministry of Foreign Affairs of Azerbaijan.

A number of documents on the activities of the organization were also adopted at the meeting. It was noted that in accordance with the tripartite statements signed between the leaders of Azerbaijan, Armenia, and the Russian Federation in the Tashkent Communiqué, which was accepted as the final document of the meeting of the Council of Ministers, measures were taken to establish a transport and communication link from the Eastern Zangezur Economic Region of Azerbaijan to the Nakhchivan Autonomous Republic, as well as Turkiye, Uzbekistan and the work carried out on tripartite platforms jointly implemented with Kazakhstan was welcomed.