Comet that took a century to confirm passes by Earth 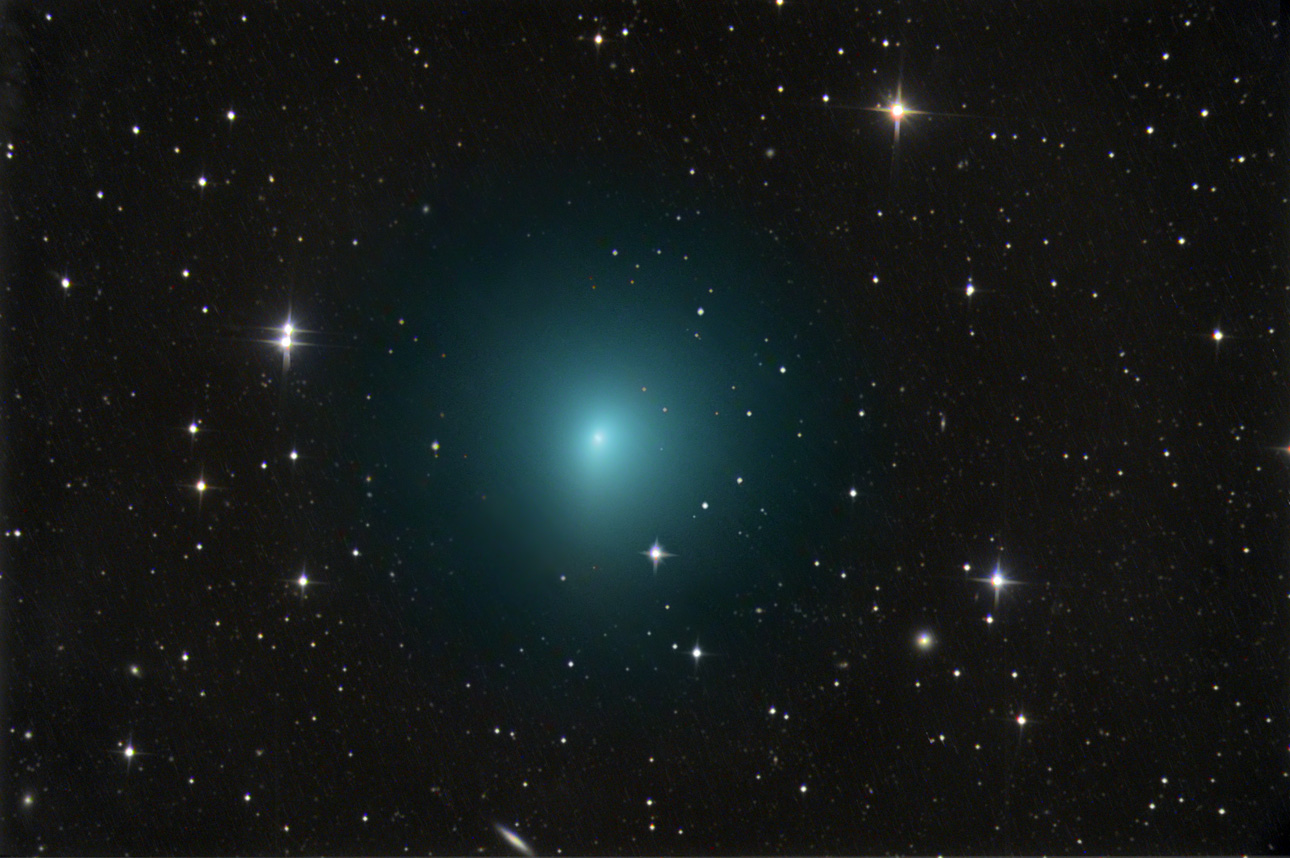 On April 1, 2017, comet 41P will pass closer than it normally does to Earth, giving observers with binoculars or a telescope a special viewing opportunity. Comet hunters in the Northern Hemisphere should look for it near the constellations Draco and Ursa Major, which the Big Dipper is part of.

Whether a comet will put on a good show for observers is notoriously difficult to predict, but 41P has a history of outbursts, and put on quite a display in 1973. If the comet experiences similar outbursts this time, there’s a chance it could become bright enough to see with the naked eye. The comet is expected to reach perihelion, or its closest approach to the sun, on April 12.

In this image taken March 24, 2017, comet 41P/Tuttle-Giacobini-Kresák is shown moving through a field of faint galaxies in the bowl of the Big Dipper. On April 1, the comet will pass by Earth at a distance of about 13 million miles (0.14 astronomical units), or 55 times the distance from Earth to the moon; that is a much closer approach than usual for this Jupiter-family comet.

Officially named 41P/Tuttle-Giacobini-Kresák to honor its three discoverers, the comet is being playfully called the April Fool’s Day comet on this pass. Discovery credit goes first to Horace Tuttle, who spotted the comet in 1858. According to the Cometography website, 41P was recognized at the time as a periodic comet — one that orbits the sun — but astronomers initially were uncertain how long the comet needed to make the trip. The comet was rediscovered in 1907 by Michael Giacobini but not immediately linked to the object seen in 1858.

Later, the astronomer Andrew Crommelin determined that the two observations had been of the same object and predicted that the comet would return in 1928 and 1934, according to the Cometography entry for the comet. However, the object was not seen then and was considered lost. In 1951, L’ubor Kresák discovered it again and tied it to the earlier observations.

A member of the Jupiter family of comets, 41P makes a trip around the sun every 5.4 years, coming relatively close to Earth on some of those trips. On this approach, the comet will pass our planet at a distance of about 13 million miles (0.14 astronomical units), or about 55 times the distance from Earth to the moon. This is the comet’s closest approach to Earth in more than 50 years and perhaps more than a century.

For scientists, 41P’s visit is an opportunity to fill in details about the comet’s composition, coma and nucleus.

“An important aspect of Jupiter-family comets is that fewer of them have been studied, especially in terms of the composition of ices in their nuclei, compared with comets from the Oort cloud,” said Michael DiSanti of NASA’s Goddard Space Flight Center in Greenbelt, Maryland. He and his team will be observing 41P on April 1 using NASA’s Infrared Telescope Facility in Hawaii.

Astronomers will try to determine characteristics such as how quickly 41P’s nucleus rotates, which provides clues about how structurally sound the nucleus is, and whether any changes can be documented in the coma and tail. Observers also will look for outbursts, which are an indication of how active a comet is.

By cataloging the subtle, and sometimes not-so-subtle, differences among comets, researchers can construct a family tree and trace the history of how and where these objects formed as the solar system was taking shape.

“Comets are remnants from the early solar system,” said DiSanti. “Each comet that comes into the neighborhood of Earth gives us a chance to add to our understanding of the events that led to the formation of our own planet.”