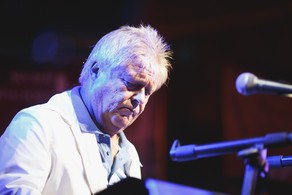 Died a famous Ukrainian jazz musician from Odessa, Yuri Kuznetsov. As reported in the international club Odessites, Kuznetsov died as a result of cancer, in the night of May 2.

Yuri Kuznetsov was born on 11 July 1953 in Odessa. Ukrainian jazz pianist, a virtuoso improviser-a multi-instrumentalist, composer and teacher, founder and art Director of the international jazz festival 'Jazz-carnival in Odessa', the President of 'Club of high Music', the Honored Worker of Arts of Ukraine.

Played works in the spectrum from classical to experimental and avant-garde jazz, winner of the special award Paul McCartney at the international competition Yesterday in Estonia.

Is one of the founders of the pop-jazz Department of the Odessa music Academy named after Konstantin Dankevich. He is the author of music for many theatrical performances, participated actively in voicing the world’s masterpieces of silent cinema: Alexander Dovzhenko 'Arsenal',George Tasina 'Night cab' and etc.