From David Bowie to Mohammad Ali 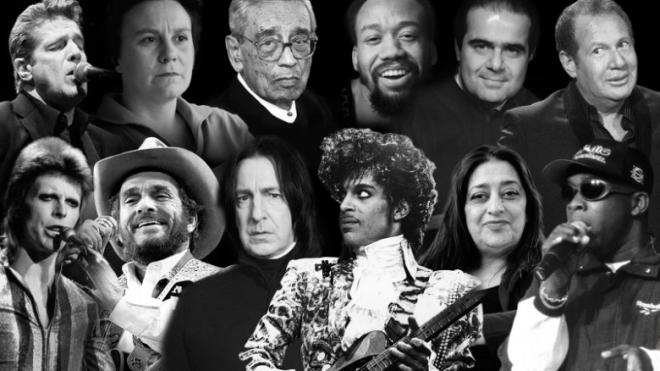 The year 2016 saw the passing of a host of dignitaries, sports personalities and celebrities.

Axar.az reports that, at the start of the year came the shock news of the death of David Bowie on 10 January. The English singer, songwriter and actor succumbed to liver cancer, two days after the release of his final album Blackstar.

Among the higher-profile names on the list was Prince. The singer, songwriter, multi-instrumentalist, record producer and musical innovator died of an accidental overdose on 23 April.

Singer George Michael was found dead on Christmas Day at his home in southern England.

Initial reports said the 53-year-old former ‘Wham!’ star died of heart failure, although the exact circumstances surrounding the death of the star, who had suffered from drug problems, are still not known.