Beyonce is ready for divorce - Scandal 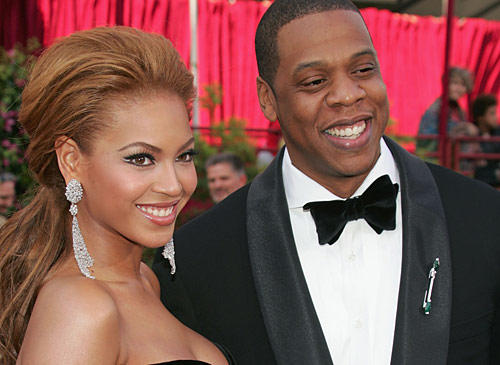 Beyonce and Jay Z are allegedly living separate lives after it was leaked that Jay’s alleged baby mama was just a teen when she got pregnant. Sources say that Beyonce has driven their already rocky relationship to the brink of a $1 billion divorce.

Axar.az reports that, Radar Online obtained documents that alleged Shawn Corey Carter, aka Jay Z, has been fighting to avoid a DNA test that could prove whether he fathered a son back in the day.

Rymir Satterthwaite, 23, claimed in the court documents that his mother, Wanda, had sexual intercourse with Jay Z back in 1992, resulting in his birth.

It has also been revealed that Jay Z was just 22-years-old at the time he allegedly transported the then-teenage Wanda from her home in Pennsylvania to his Brooklyn apartment in the Marcy Projects for sex.

The Families Civil Liberties Union attorneys are representing Satterwaite in his ongoing paternity battle against the music mogul in Pennsylvania.

The new details that have emerged about Jay Z’s relationship with the teenage girl have come at a difficult time in Jay Z and Beyonce’s relationship. Although the celebrity couple is said to have been working on repairing their relationship, a source said that the couple has been sitting on the brink of divorce following Beyonce’s release of Lemonade last year, which dealt with Jay Z’s infidelity. Beyonce and Jay Z got married in April of 2008. Their marriage has repeatedly made headlines in the past with cheating allegations and rumors of love children.

According to insiders, the notoriously low-key couple has not made any announcements regarding their relationship because Beyonce is not ready to do so.

Beyonce may have had it with Jay Z, and a source said that salacious details that have yet to go public related to the paternity accusation really drove the singer to the edge.

Rymir Satterthwaite’s mother Wanda began her legal battle with Jay Z to prove that he was the father of her son back in 2010.

Since then, the 47-year-old rapper and his lawyers have used a variety of legal tactics to prevent the DNA test from happening. Jay Z is said to be “terrified” that the lawsuit will expose embarrassing details about his past.