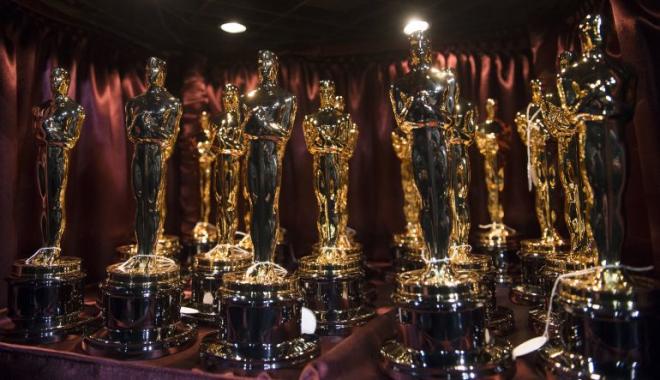 Or will they recognize that outstanding cinema comes in more than one color, as happened in cycles when films like “12 Years a Slave” and “Precious” were recognized?

If the monthslong run-up to the 89th Academy Awards is any indication, several films with black casts, directors, writers and themes, including “Moonlight,” “Fences” and “Hidden Figures,” are expected to collect armloads of nominations.

Should those films be celebrated as extensively as expected, pundits will inevitably declare that the Academy listened to the #OscarsSoWhite protests that found the Rev. Al Sharpton berating Hollywood in a preceremony rally. Public pressure may well have been a factor, but the outcome, in truth, may have more to do with the vagaries of moviemaking: a full slate of high-quality movies with diverse casts that coalesced during the past year.

Even with the Academy’s membership changes — revoking the voting privileges of long-nonworking members; inviting more women and minorities to join — the 7,000-member group remains overwhelmingly white and male.

For the first time in memory, the Academy will not unveil its nominations at a news conference attended by entertainment journalists. Instead, reporters will be bypassed — no chance that Academy officials will be peppered with uncomfortable questions that way — and the nominations read without an audience in a presentation broadcast on Oscars.com, “Good Morning America” and other platforms. (The video feed is embedded above.)

The presentation is scheduled to begin at 5:18 a.m. Pacific Standard Time. A handful of Academy members, including Jennifer Hudson and Brie Larson, will take turns reading names.

The favorite by far going in was “La La Land,” the show-business musical directed and written by Damien Chazelle and starring Emma Stone and Ryan Gosling. “La La Land” collected a record seven prizes at the Golden Globes, and the film has the benefit of being about Hollywood’s favorite topic — itself. (Recent best picture winners with entertainment-industry backdrops have included “The Artist” and “Birdman.”)

The rules allow the best picture category to have as many as 10 or as few as five nominees, depending on how voters spread their support. (There were eight last year.) Will the Academy find room for at least one movie that most Americans have actually seen? The only real contender seems to be “Deadpool,” the raunchy superhero flick that took in $363 million last winter. Small films, like the neo-western “Hell or High Water” and the subtitled “Lion,” could fill out the category.

Going into the morning, many nominees were considered locks, the result of a dance that starts in the summer, with studio strategists whispering into the ears of awards handicappers. Expect the two-time nominee Viola Davis to appear in the supporting actress category for playing a 1950s-era homemaker in “Fences.” Casey Affleck’s performance in “Manchester by the Sea” is likely to land him a best actor nod, the second nomination of his career. Hollywood would be shocked if Natalie Portman failed to receive a best actress nomination for her title role in “Jackie.”

Even so, some candidates are less of a sure thing. Will Annette Bening, a popular governor of the Academy, elbow into the best actress race? Her work in “20th Century Women” has garnered attention from critics awards groups. “Sing,” made by Illumination Entertainment, has been pushing hard to make the cut for best animated film, a category expected to be dominated by Disney.

“Silence,” Martin Scorsese’s historical drama about Jesuit priests in Japan, arrived late on the awards scene and has been virtually ignored at the box office. Will voters throw a lifeline to Mr. Scorsese?

The Academy entrusted its previous ceremony to the producers Reginald Hudlin and David Hill, who brought in Chris Rock to scold Hollywood on diversity and created a cable-news-style scrawl in an ill-advised attempt to make acceptance speeches more interesting. Ratings dropped, and ABC, which broadcasts the ceremony and charges $2 million for a 30-second commercial, moved to take a firmer hand in this year’s telecast. Jimmy Kimmel, who anchors ABC’s late-night programming block, was selected as host.

The Oscars will be broadcast on Feb. 26.