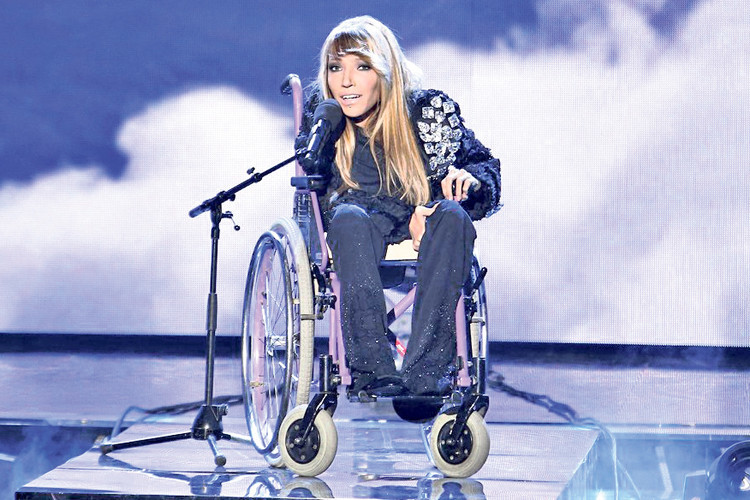 Russia has announced it will now take part in Eurovision 2017 in Ukraine, appearing to end speculation of a boycott for political reasons.

Axar.az reports that Julia Samoilova is set to represent her country in Kiev in May with the song Flame is Burning.

However, her admission she performed in Crimea since it was annexed by Russia in 2014 may compromise her attendance.

Ukraine's SBU security service has blacklisted 140 Russian artists, although she is not on the list so far.
Samoilova, 27, has confirmed that she sang in Crimea in 2015.

Russia and Ukraine have been locked in political conflict since the annexation of the region three years ago.
An SBU spokeswoman, Olena Gitlyanska, wrote on Facebook it would now "study the question and take a balanced decision on her entry into Ukraine".