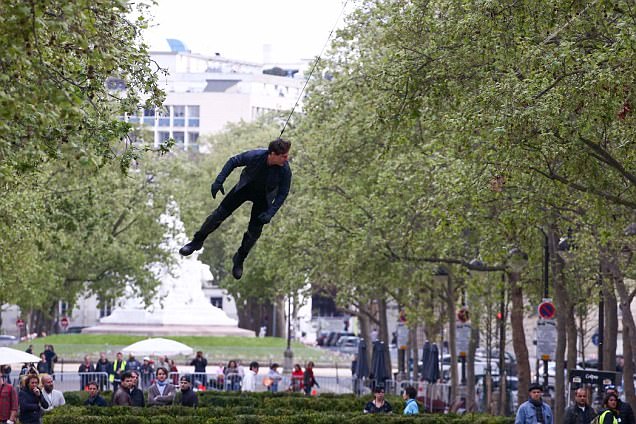 A batch of new photos have emerged from the filming of Mission: Impossible 6, and Tom Cruise is taking a trip to Paris.

New pictures however have emerged from filming in Paris – showing riot police and a potential helicopter escape.

The pictures themselves show Tom Cruise and fellow actor Sean Harris filming on the rooftop of the French Ministry of Finance.

It follows reports of Cruise wanting to top all the incredible stunts the franchise has already delivered. Yep, including Rogue Nation’s opening plane take-off.

Skydance Media CEO David Ellison previously said: ‘I will say after the Burj [Khalifa] we thought it was going to be impossible to top that stunt, and then Tom did the A380 for the plane.

‘What Tom is doing in this movie I believe will top anything that’s come before.’

The film previously hit a stumbling block in production due to a pay dispute with the main man himself.

Alongside Cruise, MI6 is set to see Rebecca Ferguson reprise her role as Isla Faust and Man Of Steel’s Henry Cavill join the espionage ranks.

Mission: Impossible 6 is currently on course for release on July 27, 2018.