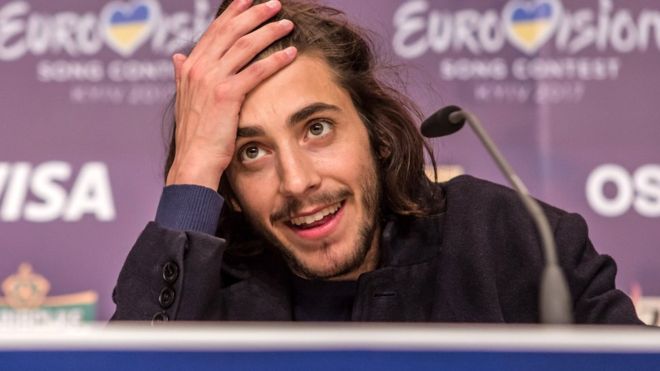 Portugal has won this year's Eurovision Song contest with a poignant love song, sung in Portuguese. In the early hours of Sunday morning the winner met the world's press - glass microphone trophy still in hand.

There was no swagger, no elation - just a quizzical befuddlement at the latest turn his musical journey had taken.
Like many watching at home around the world, the Lisbon-born 27-year-old had been baffled by the complex voting system that the contest adopted last year.

"I didn't understand the votes," he admitted to reporters. "I think that you have to be a mathematician or something to know what's going on."

Nor did he expect overnight fame and fortune to come with the honour of becoming Portugal's first Eurovision winner.

"I don't think anything will change," he shrugged. "You win today and tomorrow, no one remembers it.

"Honestly, man, I just want to live a peaceful life," he told another journalist.
"If I thought of myself as a national hero or champion of Europe, it would be a bit weird."