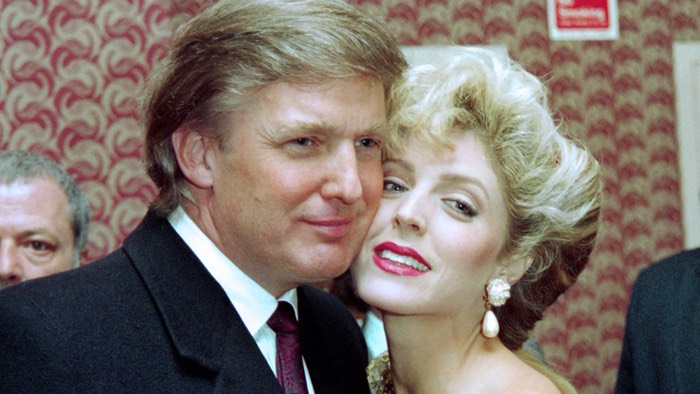 Among those who rushed to see what was happening as carnage hit Times Square Thursday was President Trump's ex-wife Marla Maples.

Trump’s second wife posted a video to Instagram and took a selfie in the aftermath with the wreckage in the background.

But she came under fire for sharing the images on social media.

“As a mother, I'm appalled U took smiley at the very spot where a girl lost her life," one person wrote.

Alyssa Elsman, 18, from Portage, Michigan, was on her first day of a dream vacation touring New York City with her family when she lost her life.

She posted an Instagram video in Times Square moments before a driver plowed through pedestrians with his Honda Accord.

She was killed and her 13-year-old sister seriously injured, along with 21 other pedestrians who lay scattered on the sidewalk.

A concrete barrier has been put up where the driver crashed his car.

Times Square is considered one of the top targets for terrorism in America so surveillance cameras captured every chilling moment.

The driver was caught making a U-turn on Seventh Avenue at 42nd street. A camera at a bank across the street shows victims flying everywhere as the car roared up the sidewalk.

The man behind the wheel is now charged with murder as well as 20 counts of attempted murder and vehicular homicide.

Cops say Robert Rojas, 26, was suicidal, screaming that he wanted them to shoot him.

He allegedly attempted to flee from the scene. But he was surrounded by a crowd of heroes and tackled by Ken Bradix, a bouncer at Planet Hollywood.

Bradix showed Inside Edition how he tackled him. He went into the suspect's waist then threw his own weight into him, bringing Rojas into the ground.

Cops say when the driver went on his rampage he was believed to be high on either PCP or synthetic marijuana.

He has not entered a plea and is due in court next week.