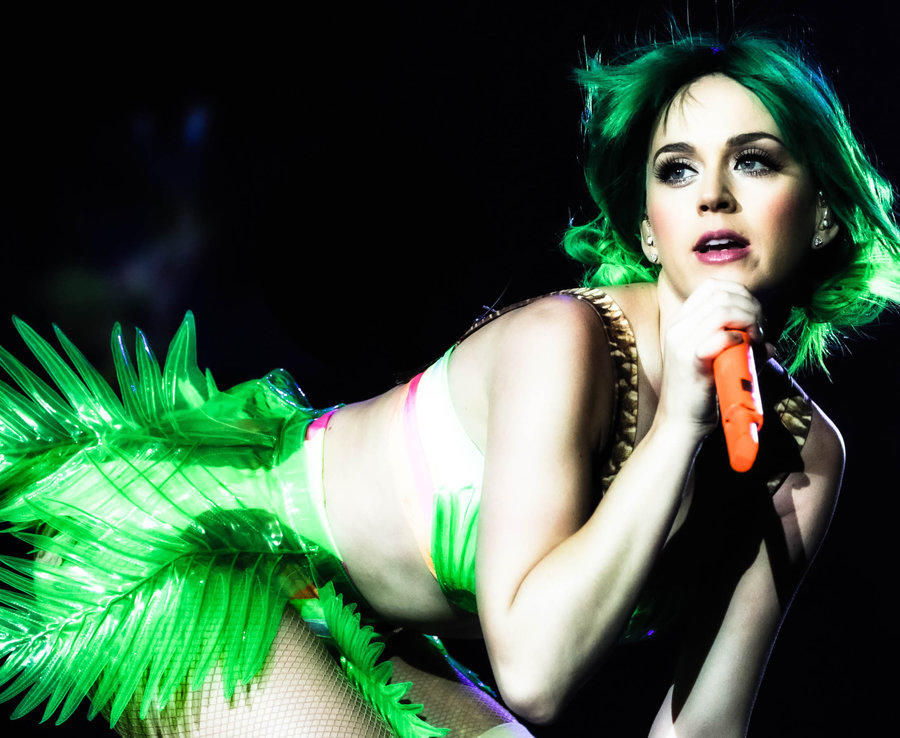 The star – who famously paddle boarded with a naked Orlando Bloom – took to her Instagram story to tease the flesh.

Axar.az reports citing Daily Star that, filming herself relaxing with pet pooch Nugget, the Rise singer snuggled up to the canine companion as she pouted up a storm for the camera.

Apparently topless, Katy allowed her chest to be repeatedly teased as she moved the phone around her body.

However, keen not to turn the page into pure smut, Katy used a large emoji heart to protect her modesty.

The 33-year-old is currently selling out arenas on her Witness world tour.

Though one place she won't be going any time soon is China.

Katy has been "banned indefinitely" from the country after causing controversy during a 2015 concert there.

Reports claim the Chained to the Rhythm star's visa was denied earlier this year which prevented her from performing the Victoria’s Secret Fashion Show in Shanghai.

"She was initially granted a visa to perform at the VS show in Shanghai, then Chinese officials changed their minds and yanked her visa,’ a source told US publication Page Six.

"For every artist who wants to perform in China, officials comb through their social media and press reports to see if they have done anything deemed to be offensive to the country."

They added: "Maroon 5 was banned a few years ago because one band member wished the Dalai Lama Happy Birthday on Twitter."

During a gig at the Taipei Arena, Katy draped herself in the Taiwanese flag which touched a nerve with the Chinese authorities.

She then rocked a sunflower gown which was deemed to be a "symbol of the Sunflower Student Movement."

The group risked backlash after they protested a Chinese trade agreement in 2014.