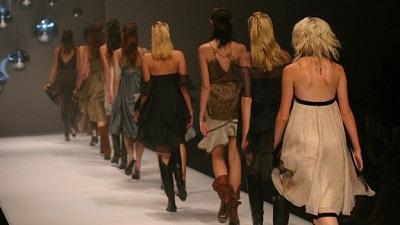 Video footage showing a cat emerging on the catwalk in the middle of a fashion show is circulating online, entertaining ordinary netizens and cat lovers.

Axar.az reports citing Sputnik that, an unusual model spontaneously appeared on an outdoor runway during a Christian Dior show in Marrakech held on 29 April.

When the actual models came out for the finale, a grey and white cat jumped on and started walking in the opposite direction to the women dressed in haute couture gowns.

After the train of models went by, the feline was finally able to cross the runway and eventually urinated on a lady in the crowd.