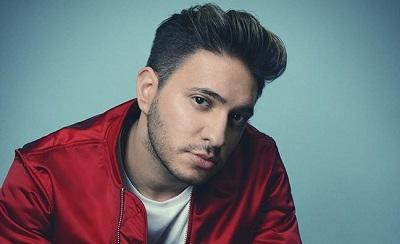 The final match of the UEFA Europa League tournament will be held on May 29 at the Baku Olympic Stadium. The singer has been already announced as an opening ceremony performer.

The globally popular remix version of Tracy Chapman`s song “Fast car” by Jonas Blue has been played 7.5 billion times in global audio broadcasts since then, and the sale shot up to 40 million.

He has following nominations: the BRIT Award 5 times, 4 times in the United Kingdom, and one of the 5 best-selling singles in the world, earning 120 platinum status in various countries around the world.

The single "What I Like You" with Teresa Rexin was a new page of his music career. Now he is preparing for his performance in Baku. Be sure that you won’t regret it!

On 25 May 2018, he released “Rise" featuring Jack&Jack becoming a hit of the last summer. "Polaroid" is a song by Jonas Blue, English singer Liam Payne and Canadian singer Lennon Stella. It was released through digital channels on 5 October 2018 via Virgin EMI Records as the eighth single from his debut studio album named “Blue”.

"Back & Forth" is a song by American DJ and record producer MK, Jonas Blue and English singer Becky Hill. It was released through digital channels on September 7, 2018, via Sony Music. In December 2018, the single gained airplay in Mexico across various radio stations devoted to Top 40 music.