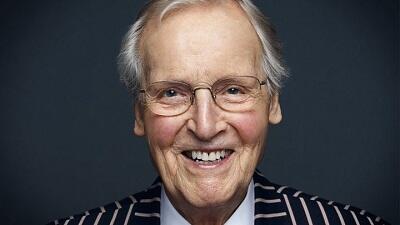 Broadcaster Nicholas Parsons has died at the age of 96 after a short illness, his agent has confirmed.

Parsons had hosted Radio 4's Just A Minute since its inception in 1967.

"Nicholas passed away in the early hours of the 28th of January," said a statement issued by his agent Jean Diamond.

"He was with his beloved family who will miss him enormously and who wish to thank the wonderful staff at the Stoke Mandeville Hospital."

BBC Radio 4's Just A Minute is a long-running and popular panel game where guests are asked to speak for a full minute on a single subject without hesitation, deviation or repetition.

Parsons presented his last programme on 23 September last year. Radio 4 has announced it will broadcast a tribute to Parsons at 18:30 GMT on Tuesday.