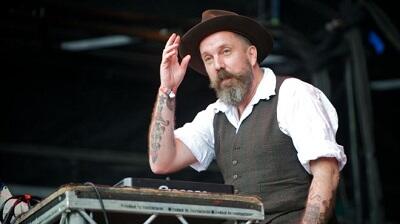 Andrew Weatherall, one of the UK's most respected DJs and record producers, has died aged 56.

The musician, who was born in Windsor, rose to fame during the acid house era, and worked with the likes of New Order and Happy Mondays.

His production and remix work on Primal Scream's Screamadelica turned it into an era-defining album, and earned the band the first Mercury Prize in 1992.

Weatherall died in hospital on Monday morning, his spokesman confirmed.

The cause of death was a pulmonary embolism.

"He was being treated in hospital but unfortunately the blood clot reached his heart. His death was swift and peaceful," said a statement.