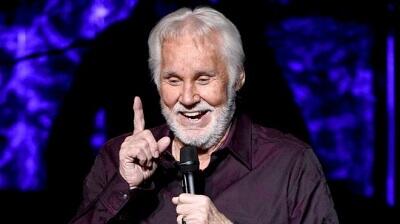 A family representative said he "passed away peacefully at home from natural causes".

Rogers topped pop and country charts during the 1970s and 1980s, and won three Grammy awards.

Known for his husky voice and ballads including The Gambler, Lucille and Coward Of The County, his career spanned more than six decades.

He once summed up his popularity by explaining that he believed his songs "say what every man wants to say and that every woman wants to hear".

After growing up in poverty on a federal housing estate in Houston, Texas, Rogers began recording with a string of bands, including Kenny Rogers and the First Edition, before launching his solo career in 1976.