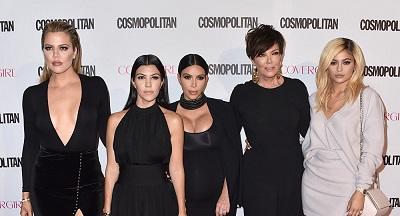 The devil works hard, but Kris Jenner works harder. Well, according to a new internet meme liked by Khloe Kardashian.

Axar.az reports that if you've been online in the last couple of days, you would have seen celebrities exposed for their terrible private jet usage. At first, Kylie Jenner faced criticism for her carbon emissions and for bragging about her luxurious modes of transport on Instagram (i.e. two private jets).

But then, news broke that Taylor Swift was crowned the “biggest celebrity CO2e polluter” by sustainable digital marketing agency Yard.

Using data from the CelebJets Twitter account, Yard determined Swift's carbon dioxide (CO2) emissions as the worst, having flown 170 times since the start of the year. Her trips reportedly totaled 22,923 minutes in the air and generated 8,293.54 tonnes of CO2 emissions. These are said to be "1,184.8 times more than the average person's total annual emissions," according to the agency.