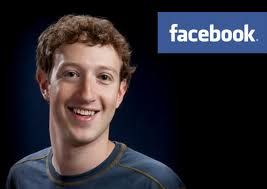 Twitter Inc (TWTR.N) will ban political advertising on its platform next month, the company’s chief executive said on Wednesday, a move that won praise from Democrats and scorn from Donald Trump’s presidential campaign.

"We've made the decision to stop all political advertising on Twitter globally," said Twitter CEO Jack Dorsey in a statement here "We believe political message reach should be earned, not bought."

Analysts do not expect the ban, which takes effect on Nov. 22, to significantly reduce Twitter’s business. Its shares fell 1.9% in after-hours trading.

Facebook CEO Mark Zuckerberg opened his earnings conference call on Wednesday by defending the company’s policy to run ads from politicians containing false or misleading claims, saying that Facebook did not want to stifle political speech.

The company confirmed to Reuters on Monday that some employees had criticized its policy in an internal letter. Zuckerberg estimated ads from politicians would account for under 0.5% of Facebook’s revenue next year.