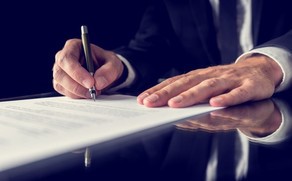 Salman Faruqui, who is also the President of Asian Ombudsman Association (AOA), is currently on a visit to Japan to participate in the 18th Meeting of the AOA Board of Directors from March 7-10.

On the margins of the meeting, the Federal Ombudsman continued interaction and participated in MoU signing ceremonies with three countries including Azerbaijan, Iran and Kyrgyz Republic, respectively.

These MoUs would immediately take effect and serve to strengthen bilateral exchanges, share expertise and deepen mutual understanding with these countries. Speaking on the occasion, the Ombudsman expressed satisfaction on the newly reached accords and praised the Embassy of Pakistan for its contribution towards negotiating and finalising the texts of the documents and also for hosting the signing ceremony.

The AOA President stressed that the work of the Ombudsmen was to improve the life of the citizens and address all the relevant issues. To ensure transparency it was imperative that the relevant information should be placed on the AOA's website for the public, he added.