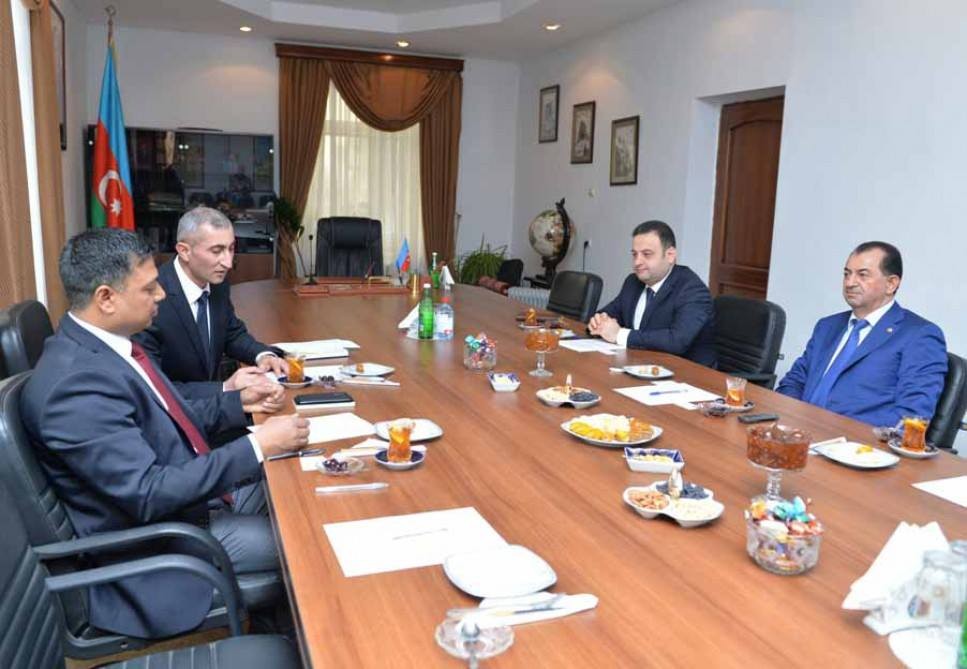 Indian Ambassador to Azerbaijan Sanjay Rana has visited Lankaran, the southern region of the country.

He met rector of Lankaran State University Asaf isgandarov who highlighted the activity of Higher School.

The Governor said they were interested in establishing the economic and cultural relations with India.

Sanjay Rana, in turn, said he would try his best to use overall opportunities for development of bilateral relations.