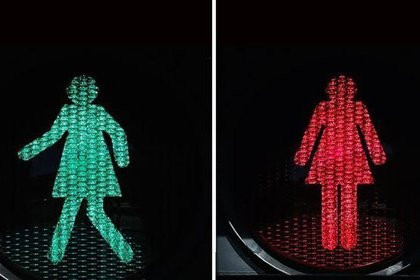 Australia has started to use pedestrian crossing lights with female walking signal.

The publication writes that the authorities decided to install crossing lights with female shape signal. The initiative came from public movement to support gender equality in Victoria state.

City authorities have approved a 12-month trial of 10 female pedestrian symbols in Melbourne.

But there has been a public backlash against the idea to eventually have equal representation of male and female symbols at all Victorian pedestrian crossings.

More than 12,000 people voted on a poll with 94 per cent of respondents saying the female signals doesn’t stimulate any positive emotions in them. They also noted that public money to be spent for replacement of lights can be spent in more efficient way. Most of women involved in survey think that more fundamental initiatives are needed to stimulate awareness of gender equality idea.