"They aim is to undermine Baku-Moscow relations... 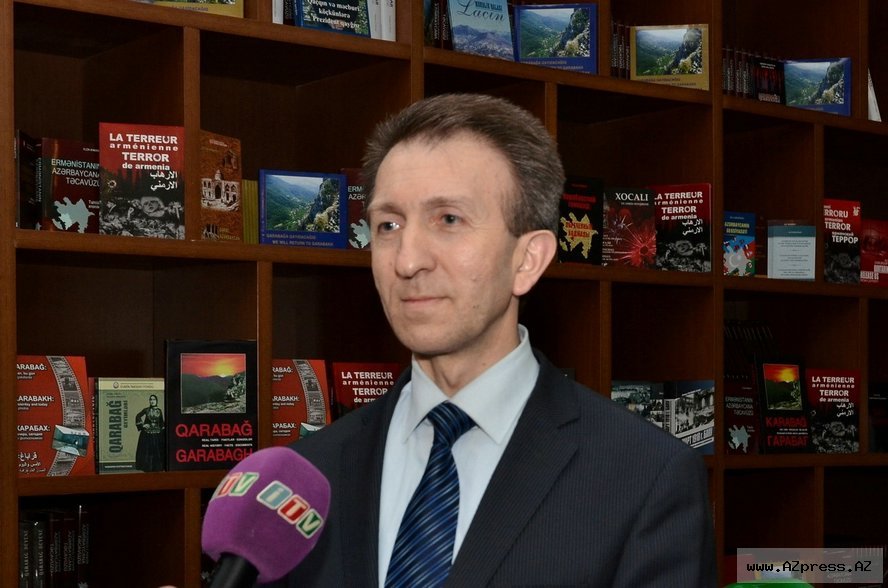 There are active anti-Azerbaijani forces that strongly want the elimination of All-Russian Congress of Azerbaijanis in Russia. Behind these issues are the interests of these forces.

Axar.az reports citing to Publika.az reports that the statement was added by Elchin Ahmadov, doctor of political sciences, professor of Public Administration Academy under the President of Azerbaijan.

According to him, the aim of these forces is to undermine Russian-Azerbaijani relations:

"They aim is to undermine relations between two countries. We also can not deny the activity of Armenian lobby. They teamed up with anti-Azerbaijani forces to have put forward the issue of dissolution of the Congress. Both the Azerbaijani representatives and Russian community's position are clear. Azerbaijanis living in Russia have always contributed to the development of the country. In addition, they give their support to the strengthening of economic, trade, political and humanitarian relations between two countries. Russian community, the attitude towards the Russian-speaking population, the number of Russian schools, as well as the preservation of Russian culture was always the center of attention in Azerbaijan. In this sense, the Azerbaijanis living in Russia and the Azerbaijani community are concerned about the decision. "

Ahmadov also noted that the flaw can be found in the activities of any organization, but All-Russian Congress of Azerbaijanis has taken steps against neither national interests nor in the laws of the Russian Federation. Rather they always highly defended only interests of Russian Federation.

"Despite all this, some forces are trying to insist the cancellation of the All-Russian Congress of Azerbaijanis. However, this decision will seriously harm bilateral relations. Such initiatives in Russia are also at odds on the principles of national and ethnic minorities. Both the Azerbaijani community and the Azerbaijanis around the world believe the Supreme Court of the Russian Federation will make a fair decision in this regard, and the preservation of economic, political and strategic partnership between Republic of Azerbaijan and Russian Federation will be continued. The fact should not be forgotten that in addition being a strategic partner of Azerbaijan, neighbor, Russia is a mediator in the settlement of the Nagorno-Karabakh conflict. Azerbaijan highly appreciates the mediation at any time. We believe that the healthy forces eventually will make their decision, and of course, the objective of the Ministry of Justice's decision on the elimination of All-Russian Congress of Azerbaijanis will be made at a fair price "