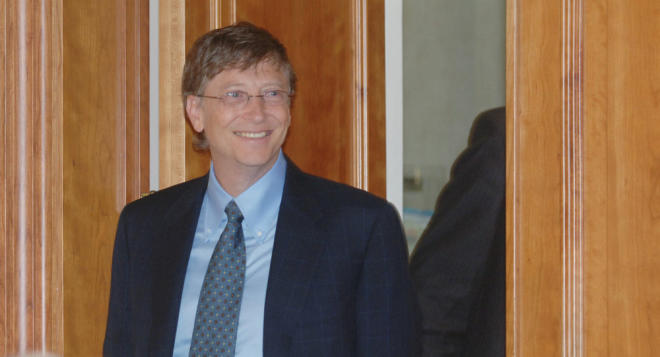 Since stepping down as Microsoft's chief executive in 2000, Bill Gates has seen his reputation transform from that of a hard-nosed businessman intent on shutting out the competition — which produced comparisons to oil magnate John D. Rockefeller — to that of a wise, inspiring philanthropist seeking to solve some of the world's toughest social challenges.

Now, Gates regularly dispenses the wisdom he's gained over the years in an effort to get people to dream bigger, think more positively and be a force for good. He's even willing to give all this advice for free.

On Monday, Gates delivered what seemed like an entire graduation speech in the span of 14 tweets.

Like the best commencement speeches, Gates's tweetstorm is a personal reflection on the ways he's grown since he was a young adult. He admits that it took him “decades” to learn about inequality, and he says he no longer believes there is only one way to measure intelligence. He also articulates a philosophy that drives what he does: the notion that the world is steadily getting better, not worse.

The argument for that, Gates said, is laid out in a 2011 book called “The Better Angels of Our Nature.” Written by Harvard psychology professor Steven Pinker, the book attempts to explain why, as the New York Times put it, “our era is less violent, less cruel and more peaceful than any previous period of human existence,” despite headlines that may scream to the contrary.

“That matters,” Gates tweeted, “because if you think the world is getting better, you want to spread the progress to more people and places.”

So it's probably no surprise that, in light of Gates's recommendation, “Better Angels” is surging on Amazon. As of Monday afternoon, it had risen in Amazon's sales rankings by more than 6,000 percent in the previous 24 hours.